The 2017 Nissan Pathfinder in Montgomery AL features an updated, rugged design with signature character lines and an aerodynamic shape. Standard roof rails with optional crossbars clearly define the Pathfinder as an SUV built for adventure. Add impressive performance, cargo versatility, advanced technology, and smart safety, and you’ve got something to brag about.

The 2017 Pathfinder’s interior features soft-touch materials and premium features throughout for an enhanced driving experience. The Pathfinder’s cabin offers luxury touches like leather-appointed seats, wood-tone trim, chrome accents, Other cabin features include a panoramic moonroof, a driver’s memory system, a heated steering wheel, and much more. 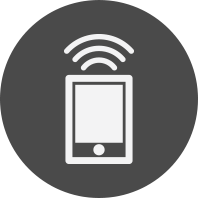 The Pathfinder is equipped with the latest technologies to keep occupants connected and entertained. The Pathfinder’s available tech features include a navigation system, NissanConnect, Bluetooth, USB input, a tri-zone entertainment system, a premium audio system, and much more. 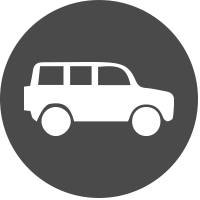 The Pathfinder is ready for any adventure with flexible cargo space and innovative features. With the 2nd and 3rd-row seats folded down, the Pathfinder offers 79.8 cu. ft. of cargo space. Other features include a sliding second row, a hands-free tailgate, and an under-floor storage area. 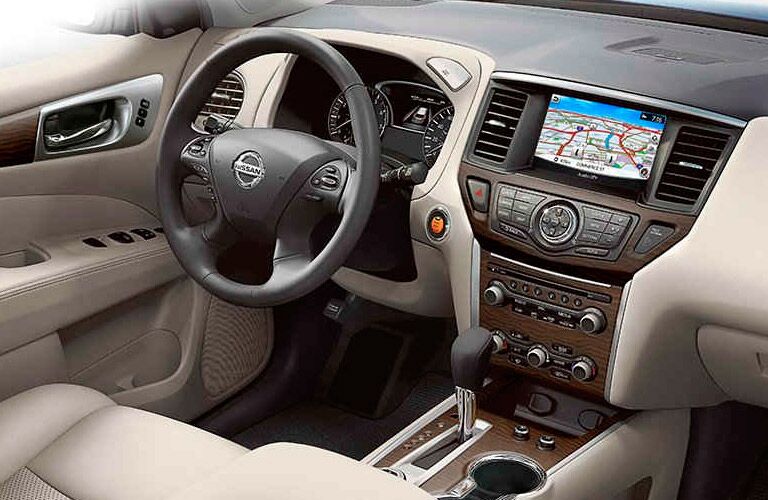 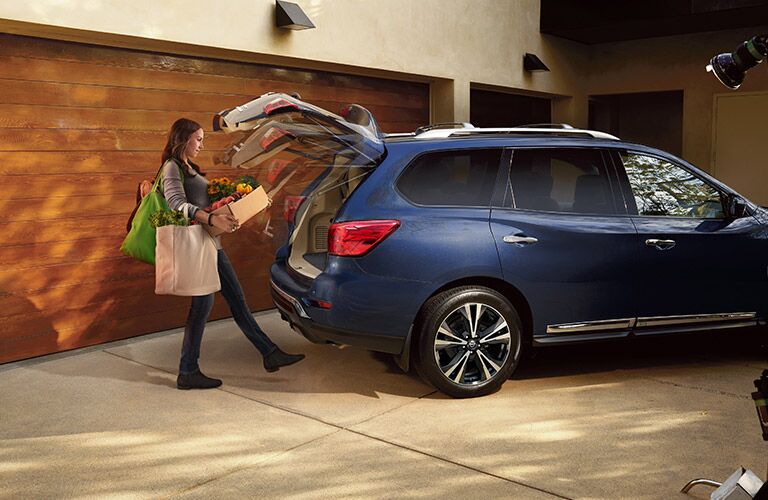 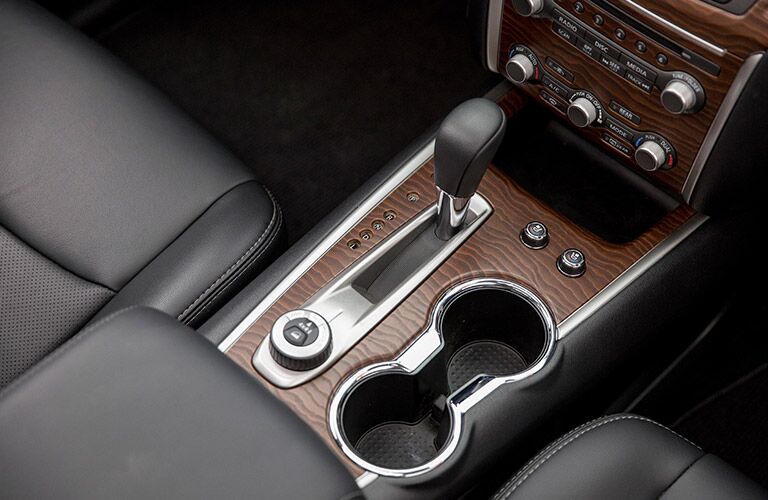 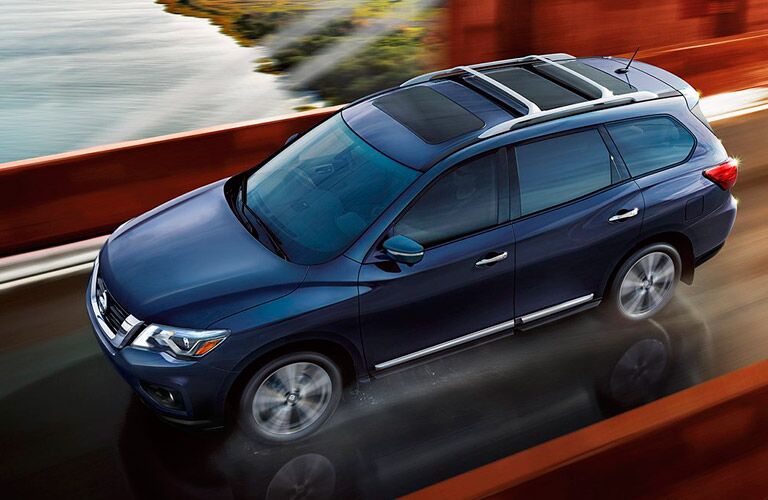 The 2017 Nissan Pathfinder is available in four feature-packed, high-value trim levels. The base trim, S, offers a generous amount of standard features, and the higher trims build up from there. The key features, upgrades, and starting prices of each trim level are listed below.

SL | Upgrades include a motion-activated liftgate, an Around View monitor, leather-appointed seats and door trim, and Blind Spot Warning. Starting MSRP is $36,100.

Visit Jack Ingram Nissan to check out the 2017 Pathfinder or get behind the wheel with a test drive!